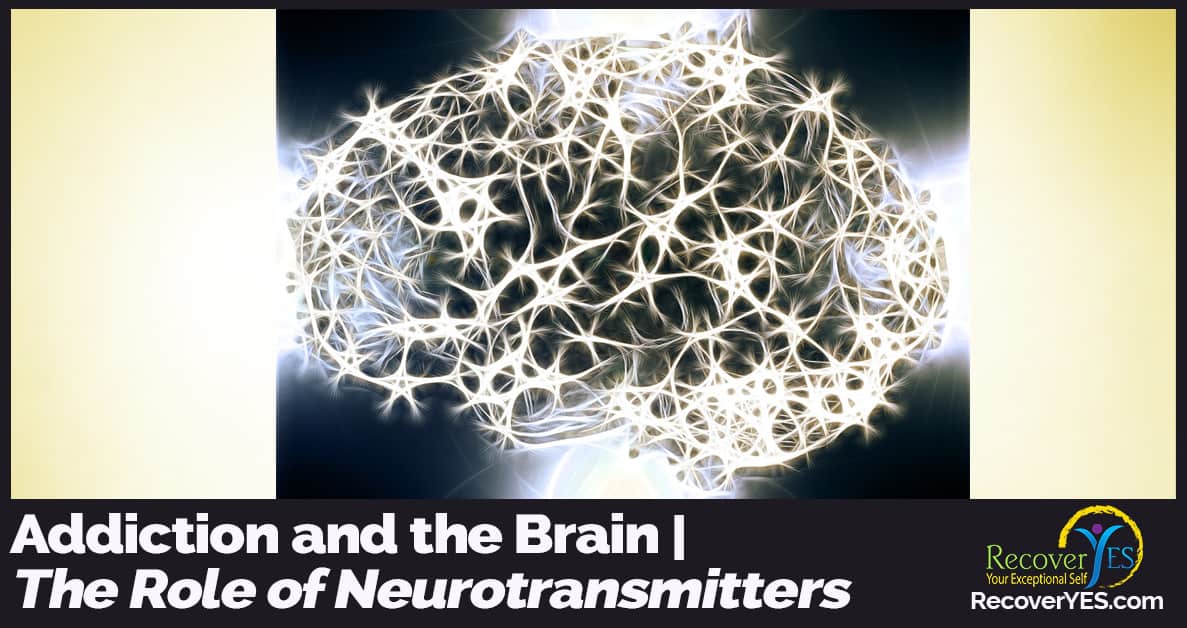 Forgive us for the science lesson, but this is an important (and fairly new) understanding that supports recovery. In order to understand addiction and the brain, we need to start with the basics.

Our understanding of addiction and the human brain has evolved over time. We’ll start with the three main and interdependent systems in the human brain:

The reptilian brain controls most autonomic systems, including heart rate, respiration, digestion, elimination and organ functioning. For many years, the healthcare community believed that we could not affect these areas of the brain. Now, after much research into addiction and the brain, we know that, with biofeedback and meditation, we can alter these body functions.

This area of the human brain is especially important when looking at addiction brain function because it is one area where the body stores trauma energy. This part of the brain cannot be reasoned with or talked to conventionally. In order to reach it, we have to talk to it through a different mind state. That’s why a therapist may be required to resolve trauma. Some of the techniques used to deal with addiction and the brain include hypnotherapy, eye movement desensitization and reprocessing (EMDR), Rapid Resolution Therapy (RRT), and brain spotting.

The second area of the human brain is the mammalian brain. This is the reward center for the brain. It is widely considered to be the area that is the most out of balance for addicts. In fact, recent research indicates that addicts typically suffer from a dysfunctional pleasure reward system when addiction brain function is under analysis.

Research into addiction and the brain the role of neurotransmitters.

The human brain under healthy conditions produces adequate amounts of dopamine, which is one of the brain’s feel-good chemicals. Under the influence of addiction, brain function lacks the ability to produce adequate amounts of dopamine. The theory is that this causes people to continue to seek substances and behaviors that produce more dopamine, even when the consequences of addiction begin to mount.

Interesting to note, neurotransmitters in the addict brain look normal in brain scans when under the influence of the addictive substance or behavior. For non-addicts, the inebriated brain looks abnormal. For addicts, the addiction normalizes the brain function.

This mammalian part of the brain also helps regulate emotion and is actually the emotional center of the brain. Some trauma energy is also stored here.

The third part is the thinking brain. Not surprisingly, this area controls thinking, decision-making and impulse control, among other functions. This is the largest part of the human brain. One key understanding related to brain function is that the connections from the thinking to the primitive brain are much less dense than from the primitive to the thinking brain. This means that emotions and traumas can affect thinking much more readily than thinking can affect emotions.

In order to live amongst other humans, everyone has to learn how to regulate their emotions (preferably without resorting to codependency). This is an area where most addicts are poorly developed and addiction brain function must be addressed. Humans develop these, and any other, new skills through a process called neural plasticity.

Neural plasticity is the brain’s ability to rewire and adapt to new challenges. It happens automatically, but it can also be brought on intentionally. Every time a person practices mindfulness, they are rewiring and retraining the brain. When an addict stays sober, the brain is being retrained. When practicing communication skills, the recovering addict is building new neural connections. Neural plasticity is no different conceptually than lifting weights to increase muscle mass.

The good news is that new behaviors can immediately start creating new neural connections and are rewiring addiction brain function. The challenge is that the old neural pathways are still there. The more the addict practices new behaviors, the deeper the new groove created. This means it is more likely that they will choose the new behaviors before falling into old patterns.

Research is constantly evolving our understanding of addiction and the human brain. With new understanding, we have new ways to treat addiction brain function. For now, research shows that the old pattern is always there, but the likelihood of choosing the old pathway decreases with time and with continuing to choose the new behaviors.

Healing the neural connections and creating new neural pathways requires a commitment to change. The change must be practiced with intensity, frequency, consistency and duration. Humans tend to want instant gratification, but recovery of addiction and the brain does not occur instantly. To heal the brain, addicts should practice sobriety from all addictive substances intensely, frequently, consistently and with duration.

What does this mean?

Frequency would require that the person, every time a craving is experienced, practice the alternative behavior laid out in the recovery plan. In the beginning, they might experience cravings quite often and be constantly challenged to stick with the plan.

Consistency requires doing the same thing every time. The addict is creating a new, healthy neural pathway which is healing addiction and the brain. The importance of having a plan developed in advance cannot be emphasized enough.

The good news is that the body is recreating itself in every moment. In a few months, the body will have made major progress towards creating the new neural pathways. This will make choices for healthy behavior seem easier than choosing the old, destructive addictive behavior.

When responding, the recovering addict gets to choose which pathways and thus behaviors to practice. The choice gets easier and easier with time. The likelihood of choosing the old pathways is reduced.

Does this means an addict is free from ever returning to the old behaviors? No! But there is an alternative that was never there before. That is true personal freedom and recovery.

You may have heard that addiction is genetic. If it is an inherited problem, will creating new neural pathways really help with addiction and the brain?

The answer is most certainly, Yes!

All genes provide is a more hospitable environment for addiction to develop. For example, a person might be born with a marker that says his brain is deficient in a particular amino acid. In that case there may be a lot of substances and activities he could turn to that would make up for that deficiency.

Under a certain set of circumstances, that person might become a heroin addict. But, under other circumstances and especially in a family where the parents are on the watch for signs of susceptibility he could form habits and engage in activities that plug the gap without destroying his life.

Upbringing and environment play an enormous role in addiction. The environment can be either ripe or hostile for developing problems. Unfortunately, these days our society seems ignorant to the fact that we are fostering an environment that promotes addiction. This is creating a crisis as the developing brain of a child is particularly susceptible to creating unhealthy neural pathways.

Consider food addiction and the brain.

Not long ago, we had the occasion to look at the label on a jar of baby formula. To our horror, we discovered that it was full of high fructose corn syrup! Sugar is addictive – it lights up the neurotransmitters or pleasure centers in the brain like a drug. But, here it was, in baby formula introducing children at the earliest possible age to the idea that some chemical they take into their bodies could plug the gap they might have filled with constructive engagement with their world.

Add caffeine as children often do as they get older and start to consume soda and you’ve got a powerful drug delivery system. We refer to sodas as the dietary equivalent of a Molotov Cocktail.

It’s clear that food addiction and the brain are strongly linked. But, sugar may be the least of our worries.

Of far more concern video games. Video game or computer addiction is one of the fastest growing problems and demonstrates the critical link between the role of neurotransmitters with addiction and the brain.

Even if they actively encourage their children to choose other activities, many parents rationalize their children’s ever-expanding screen time by telling themselves Johnny’s learning more about computers or look at that: he’s beat the game’s wonderful to see such goal-oriented behavior!

Of course, the truth is a little darker than this. Video games teach children to be consumers of computers and other electronic products. And, it would be tough to find a more compelling example of goal-oriented behavior than an addict looking for a fix.

More importantly, video games and television and movies feed those centers of the brain that thrive on stimulation, in much the same way drugs do. Just like sugar, today’s fast-paced, violence-laced TV and movies, and the constant challenge/reward cycle of video games, light up the neurotransmitters and pleasure centers of the child’s developing brain.

This makes the search for more pleasure an outsized influence on a child’s priorities. It sets up children, adolescents, and young adults to crave the sort of stimulation that simply isn’t accessible in the activities of a normal life.

So, when a child experiments with the more advanced addictive substances or behaviors and it mimics the overexcited stimulation they’re seeking the brain says YES, I’ve found what’s been missing.

If you’ve wondered about drug addiction and the brain, here’s the answer.

More and more and more of it the addictive substance or behavior – are needed to satisfy the need or craving. This is how drug addiction (or any addiction for that matter) develops.

In short, food (especially sugar and caffeine), television, and video games create a desire for stimulation that many children will eventually satisfy with even more harmful addictive substances and behaviors as they gain more control over what they can and can’t do.

No wonder addiction seems to be cropping up everywhere in our society. We are unwittingly encouraging addiction from a very early age.

There is ongoing research related to addiction and the brain. So, new insights are happening on a regular basis. The role of neurotransmitters in addiction can’t be ignored without missing the key to recovery.

Many neurotransmitters are synthesized from plentiful and simple precursors, such as amino acids, which are readily available from the diet and which require only a small number of biosynthetic steps to convert. Source Wikipedia

At RecoverYES.com, the services have been developed with a focus on addiction and the brain.

To learn more about the causes of addiction, you can access our short video “The Top 3 Causes of Addiction” by clicking HERE.