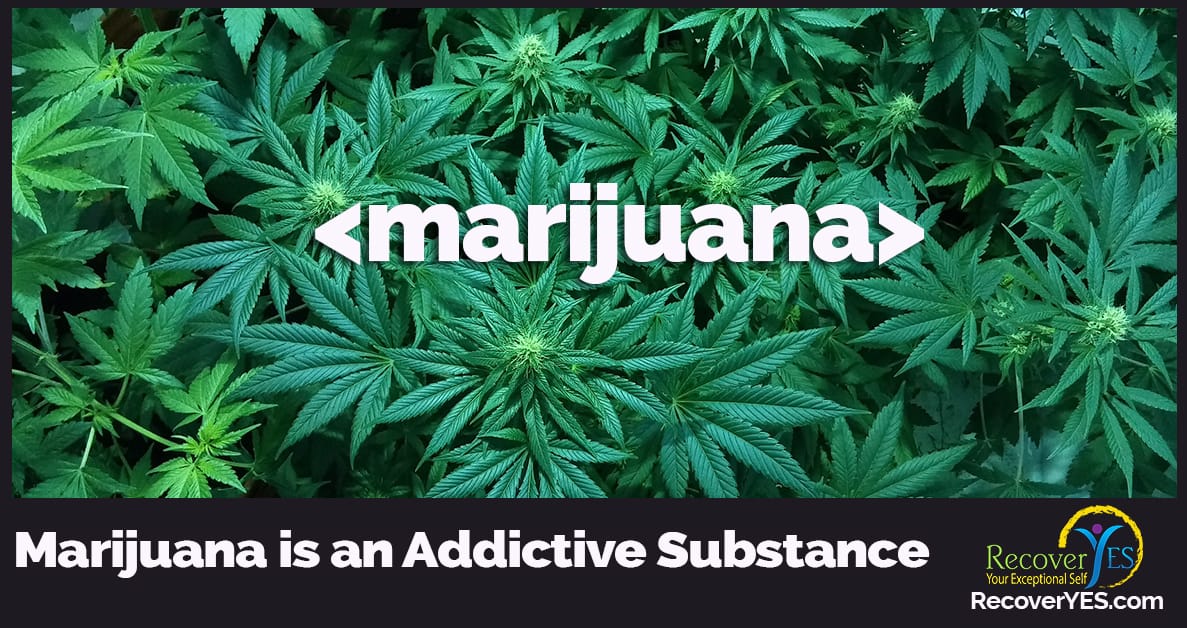 There is plenty of disagreement when the discussion turns to addictive substances…especially marijuana. Those who have come to depend on it for relaxation or medicinal purposes argue that it is not an addictive substance and should not be illegal.

Young people have a greater risk with addictive substances.

And, while I think it’s silly to deny someone that is terminally ill a substance that provides relief, it is pretty clear that marijuana IS an addictive substance. The THC in marijuana disrupts the brain’s ability to function normally. Over time with regular use, the brain becomes conditioned and stops making its own chemicals expecting the artificial chemicals…the drug.

Not everyone who uses marijuana regularly experiences problems with thinking and memory, says Roffman. But researchers have not been able to predict which users will and which won’t.

“One of the main contributors to worse outcomes (of marijuana use) is the age at which you start,” says Baler. “So we are particularly worried about young people who are using the drug.”

The concern, especially for young people, “is that you’re performing sub-optimally during those years when you should be working at peak levels of performance,” he says. And with day-after-day use, the drug has a cumulative effect on achievement. Studies show that when marijuana is used chronically, “people achieve lower in academics, job performance and life satisfaction,” says Baler. “It’s difficult to understand why kids working so hard on their education would engage in an act that would lower their chance of success.”

And, yes, marijuana is addictive, adds Baler. According to the NIDA, about nine percent of people who use marijuana become dependent on it. The number increases to about 1 in 6 among those who start using it at a young age, and to 25% to 50% among daily users.

Particularly concerning is marijuana use among young people. When the brain is still developing, it is much more susceptible to addictive substances. And, since decision-making abilities are a “work in progress”, a young person’s ability to “just say no” is not that easy.

Have you had experience with marijuana use or another similar addictive substance? As I mentioned at the beginning of this post, there is much argument about marijuana use and making it legal. What do you think?