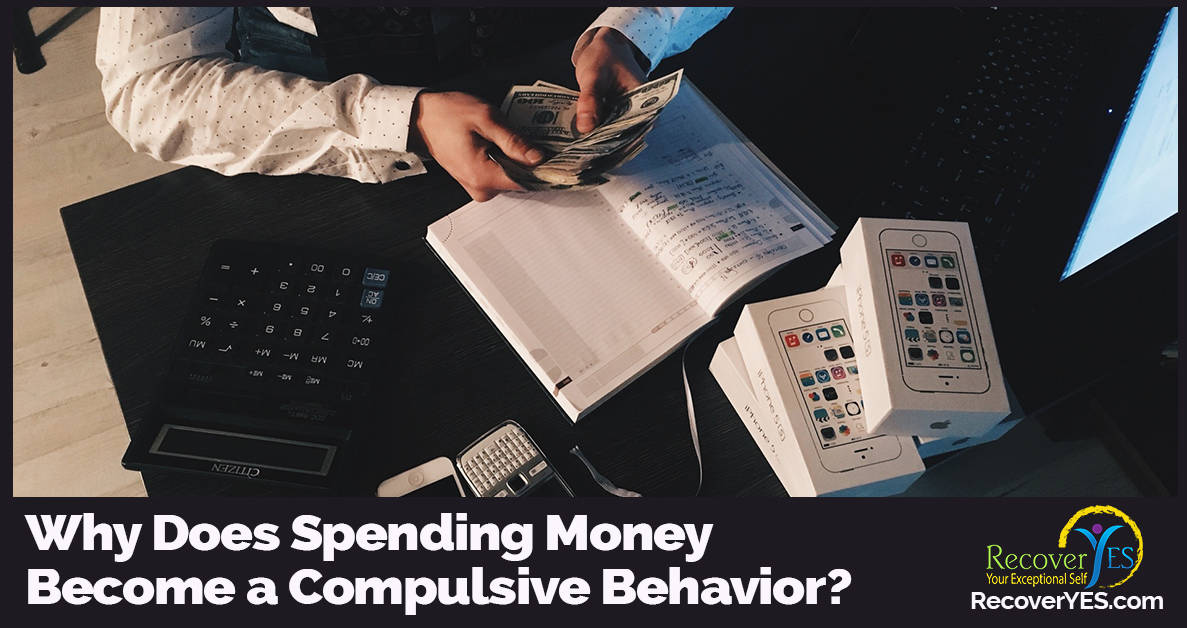 During the holidays, we may be tempted to drop our defenses about spending money…but when does spending become a compulsive behavior? And, how can we determine whether our compulsive spending is just a short-term issue or a longer-term addiction problem that must be addressed.

Is it just holiday shopping or is it compulsive behavior?

Caught up in the holiday shopping frenzy – just wanting to get it done – we may spend more than we planned. For most, spending a few hundred dollars more than was budgeted is not a problem. Unfortunately, for the compulsive spender, there is virtually no limit to the overspending.

It’s interesting to note that this type of addiction is common to men and women. Women tend to buy clothes and men prefer electronic gadgets. And, the purchase is usually something that is not needed and may not even be wanted. In any case, compulsive spending is damaging in more ways than just financially.

Compulsive spenders often shop obsessively despite the damage this does to their finances and even their relationships. Oftentimes they try to cut back or quit, but can’t. The primary difference between normal shoppers and compulsive spenders is compulsive spenders use shopping as way to escape life stressors and uncomfortable emotions. For them, the act of shopping is a way to avoid their day-to-day problems.

Compulsive spenders often shop relentlessly because they want to feel better, which actually means they want to feel less. Typically, these individuals are suffering from unresolved trauma or some other underlying psychological disorder such as social anxiety, depression, or low self-esteem. They use shopping as a way to self-regulate their emotions and to dissociate from life. Drug addicts “numb out” with drugs in exactly the same fashion.

Did you recognize your own behavior in any of the points to watch out for? Compulsive behavior – whether it’s spending or any other type of addiction – can be difficult to identify.